Published: 09 April 2017
I'm really excited to see my next book, Di Marcello's Secret Son, out in store. It's the first book in the Secret Billionaires series which Dani Collins, Jennifer Hayward and I created. 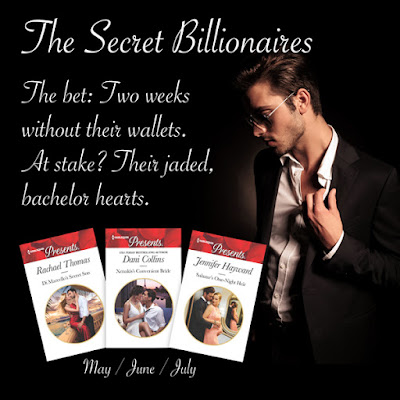 Antonio Di Marcello thrives on challenges and accepts the latest challenge laid down by his friend and along with Stavros Xenikis and Alejandro Salazar he prepares to put aside his wealth and go under cover to live the life of an ordinary guy. Antonio is sent to a motor garage in Milan, the city his estranged parents live in. At first he believes his handpicked challenge is to mend bridges with his parents - until he see's Sadie Parker.Sadie is unnerved by the uncanny resemblance new mechanic Toni has to the man she gave her heart to four years ago when he arrives at the motor garage she works at in accounts. He unlocks the flood of memories of a passionate weekend fling with billionaire Antonio Di Marcello, the father of her young son! What she has dreaded yet wished for finally happens, when Antonio himself comes to claim his heir.The release of this book is doubly exciting as it's my tenth book. I can hardly believe I am living the dream of writing Presents, but I am absolutely loving it! I'd just like to say a big thank you to all my readers for making it happen. 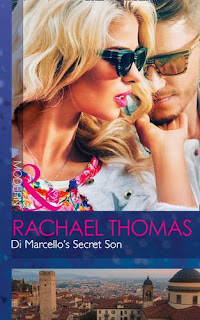 Right now there is a giveaway on Goodreads to win one of four signed copies. Entry closes on 14th April 2017.
Rachael
xx